The Internet of Things (IoT) has transformed the way companies do business. New product lines, recurring revenue streams, more efficient operations, higher quality and faster time-to-market are all within reach with the introduction of smart interconnections between systems and assets. IOT technology has been useful in healthcare, mobility, agriculture, education, defence, home automation and many more. IOT is the important tool of Industry 4.0, as it increases productivity, increases product quality and always tries to reduce lead time. It also enables the connectivity between user and product. 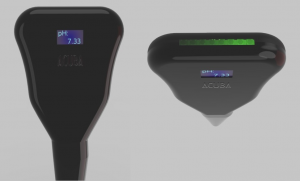 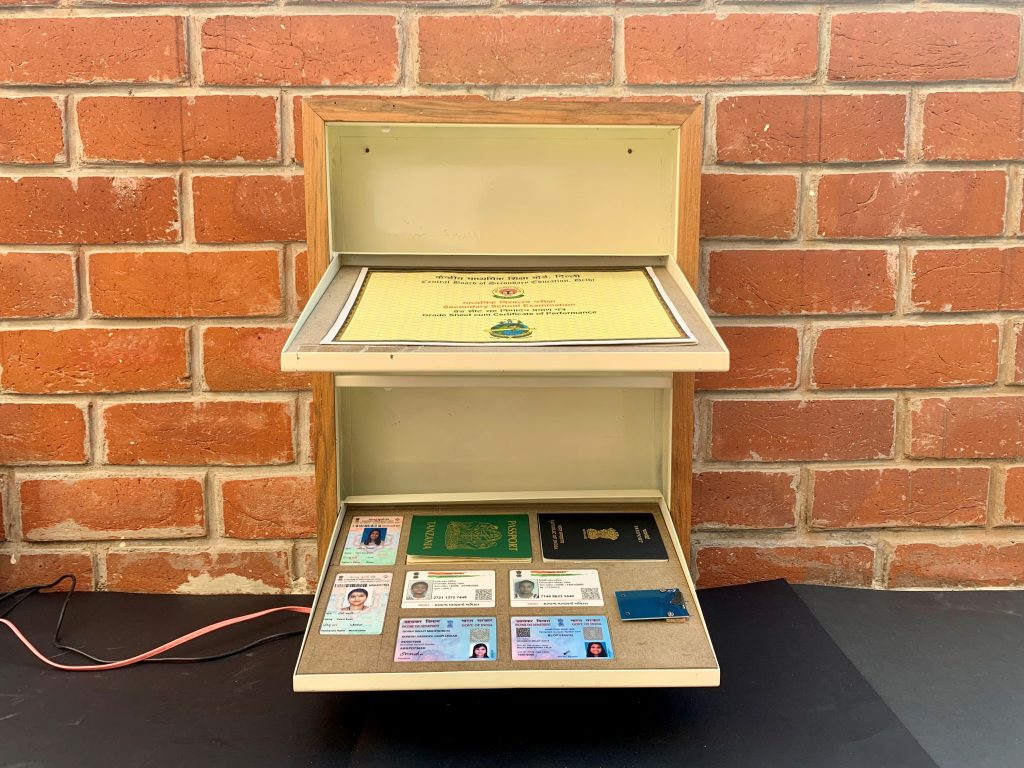 In this pandemic time, the Institute of Design offered a subject called Design of Technically Complex Devices to the Semester VI students of Industrial Design. Prof Priyam Parikh and Prof Mithun Darji were the course faculty. It was decided to mould this subject with the essence of IOT and Sensor Technology. The course consisted of two parts:

(ii) IOT and Mechatronics. But having said that, it was a big challenge for the faculty to teach online, which included circuit designing, programming, application development, design and complex electronic workings.

In the first week, students were introduced to the User-centric design process and its framework. In the following week, field design research techniques were introduced along with identifying critical insights. On performing User study and Research, they worked on Empathy Mapping, which helped them to identify the pain points and gain points of users. Subsequently, creative ideation and concept generation commenced. The faculty mentors were expecting at least five different ideas from each group. Fortunately, each group satisfied the expectations set and presented more than five concepts. Considering the fact of lock down and the pandemic, students were advised to work on a product offering, which would have minimal programming, fabrication and electronics. However, the level of enthusiasm was ‘touching the skies’. In the fourth week, each group was ready with their design brief with the details of programming, fabrication and electronics. Work commenced on their 3D models- material procurement, low fidelity models etc. moved into the fifth week of action.

The second wave of corona pandemic came upon us in the first week of April 2021 and many students and their parents were infected with coronavirus. This was a very crucial time for students and faculty mentors as far as the working prototypes were concerned.  Prof Priyam Parikh, one of the faculty team, got infected a second time with covid during this period. The other problem was students were not allowed on the campus as per the government guidelines. Despite having several problems, the stakeholders did not give up. 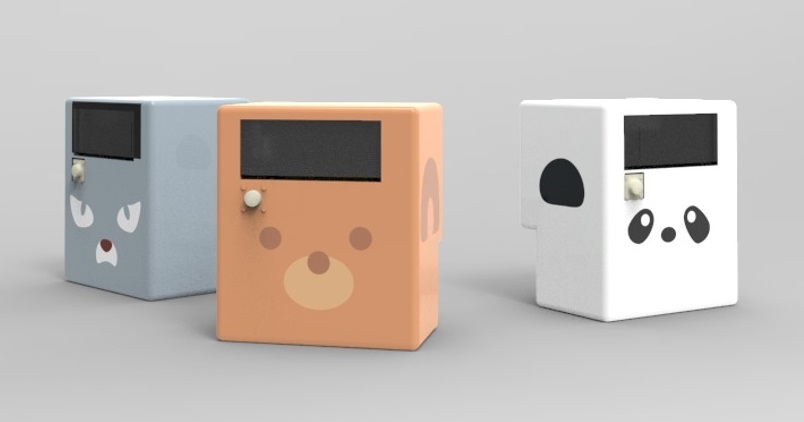 GPS Tracker for Kids by Shrutidhar and Mansi 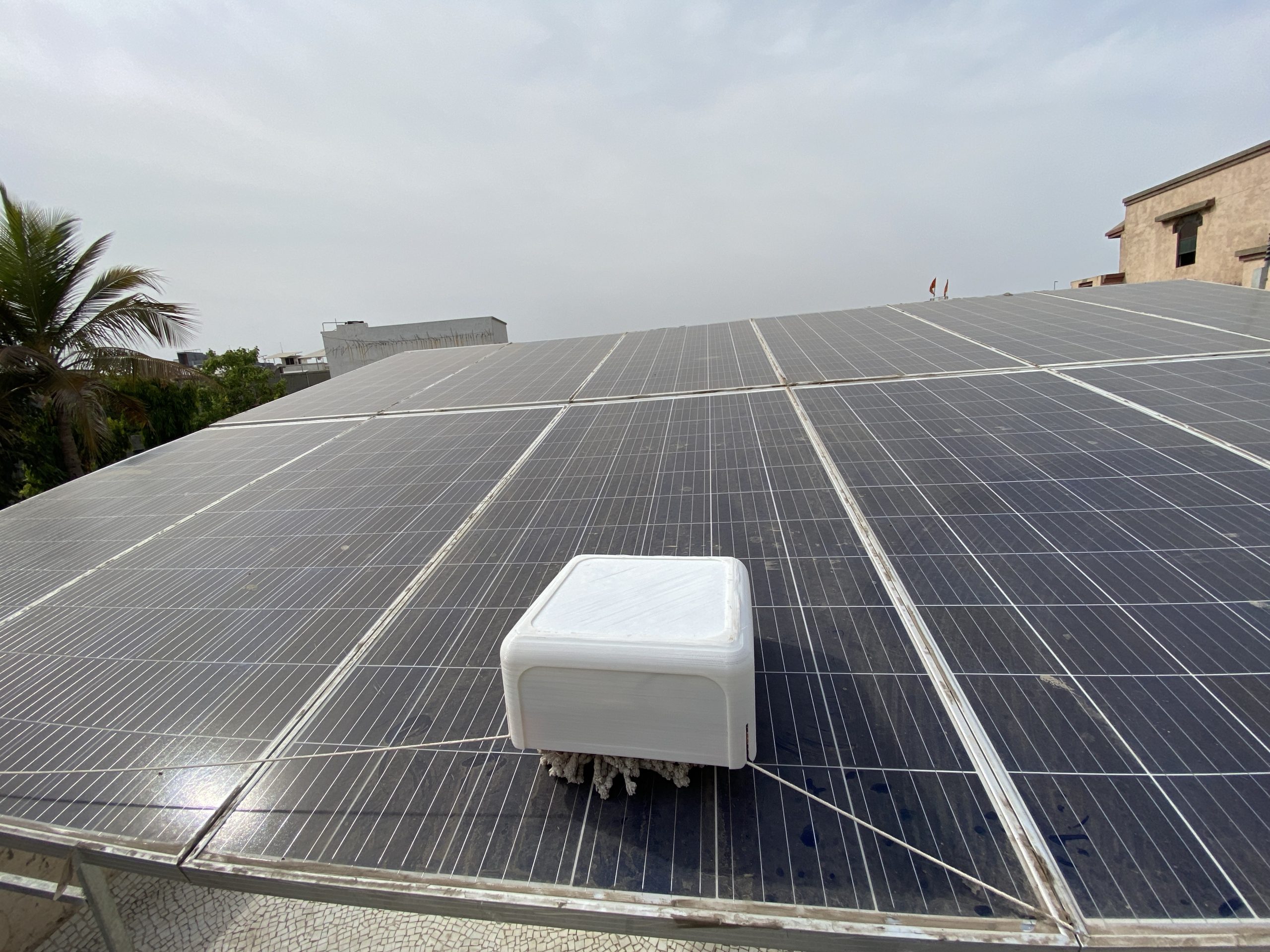 The students worked industriously and developed a tangible and functional prototype at the end. Saumya Shah and Tanvi Kumar made a working prototype of a Potato loading/ unloading machine, having a capacity of 100 kgs. Kshitij Singh and Mahima Purohit, made a beautiful voice assistive robot for household applications. Meanwhile, Ved Shah and Ananya Borah made an interactive IOT based health care device, for children under 15, which was appreciated by many kids and their parents. Devarsh Patel and Tejas Patel worked on a wireless solar panel cleaner with a fully functional prototype. Their design was much appreciated by many residents of housing societies. Drishti Thawani and Vidhie Lakhani gave a solution to a very complex process of passing of stool and cleaning care given to patients, in the hospitals. The device makes the process of passing stool comfortable for the patients who cannot get up to use the washroom.

Hetvi Patel and Mehul Jalora designed an automatic vessel, which provides hygienic and safe water facilities for stray animals. Akanksha Kanamadi and Anupriya made a very good product based on vibration therapy. It will help foot drop patients by stimulating injured nerves with use of sensors and vibration therapy. Dhruvi Jadhav and Yachna Patel worked on Lidar Technology to protect farms from animals. 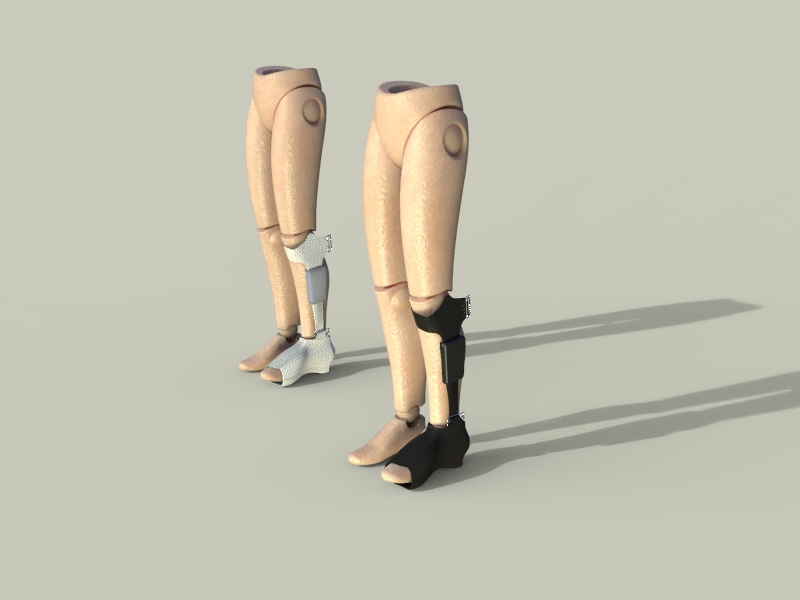 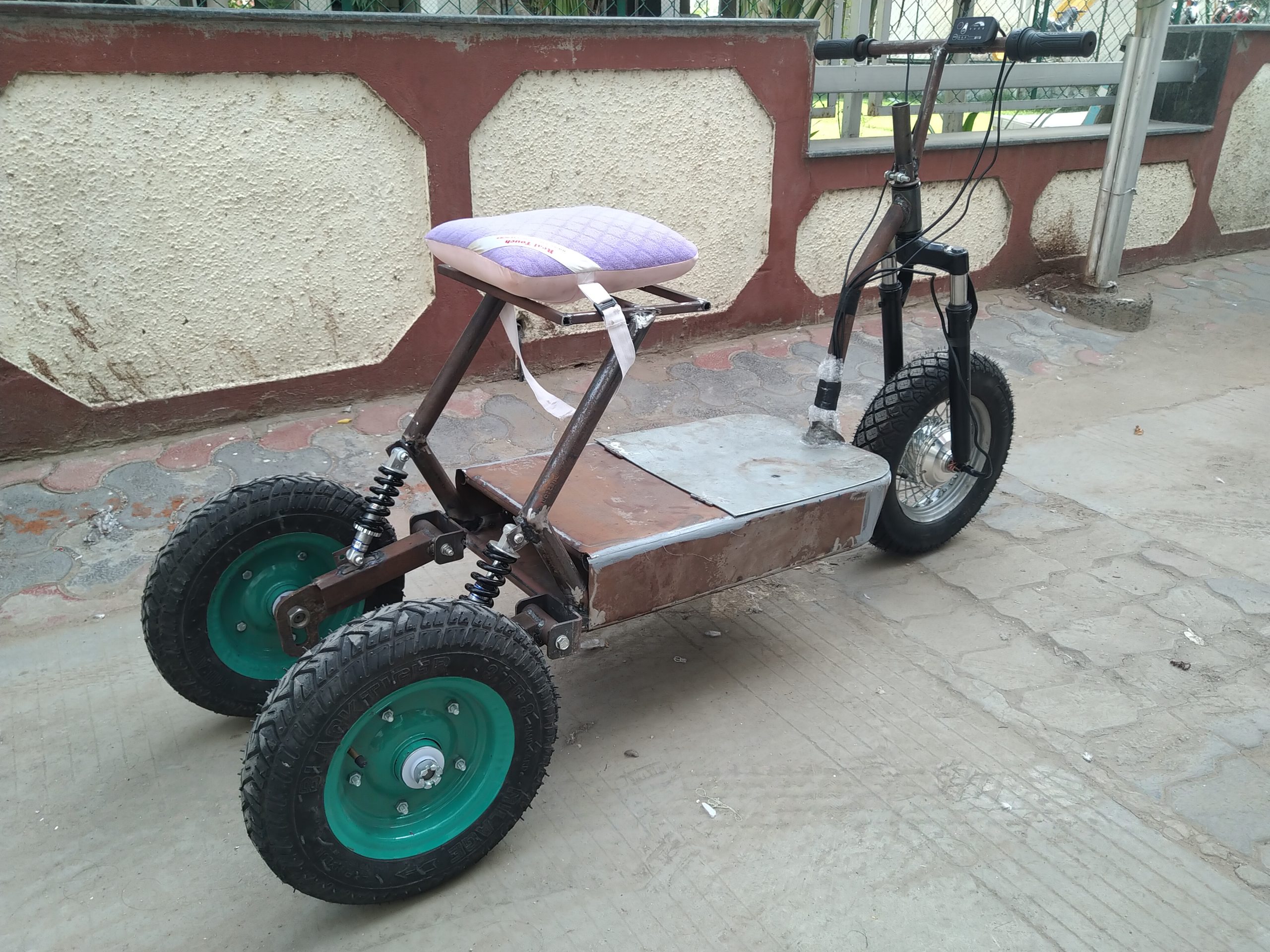 3-wheel drive for around the campus by Harsh

Hemant and Sanjana Pachipulusu worked on an interactive PH meter to detect duplicate milk. Foram has designed a very interactive Human machine interface to replace switch boards. Meanwhile Harsh made an electrical vehicle to move around the campus. 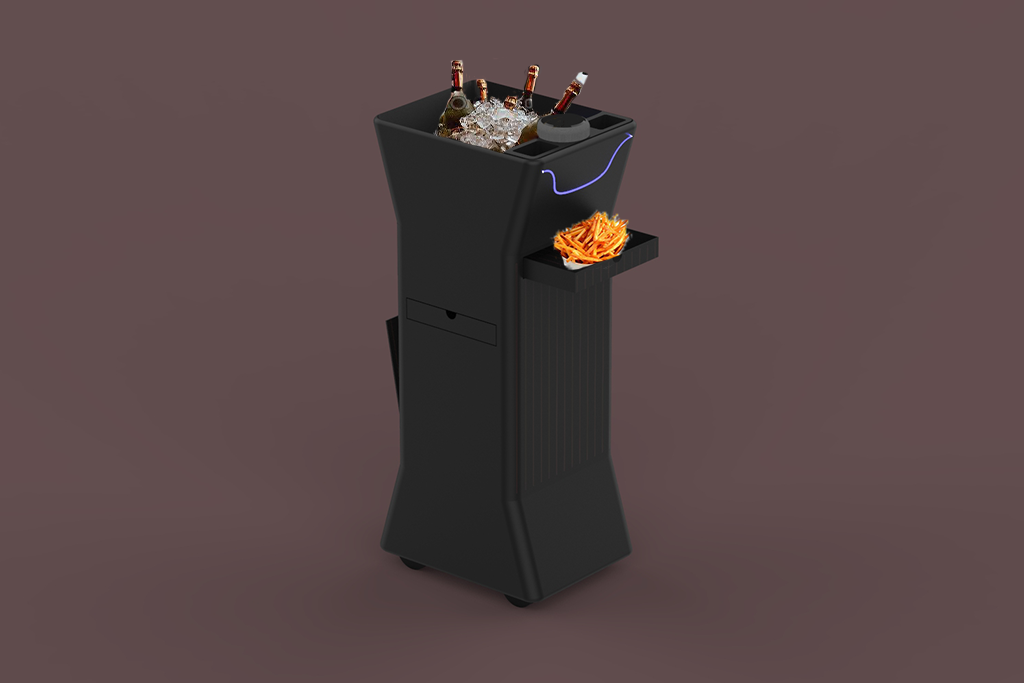 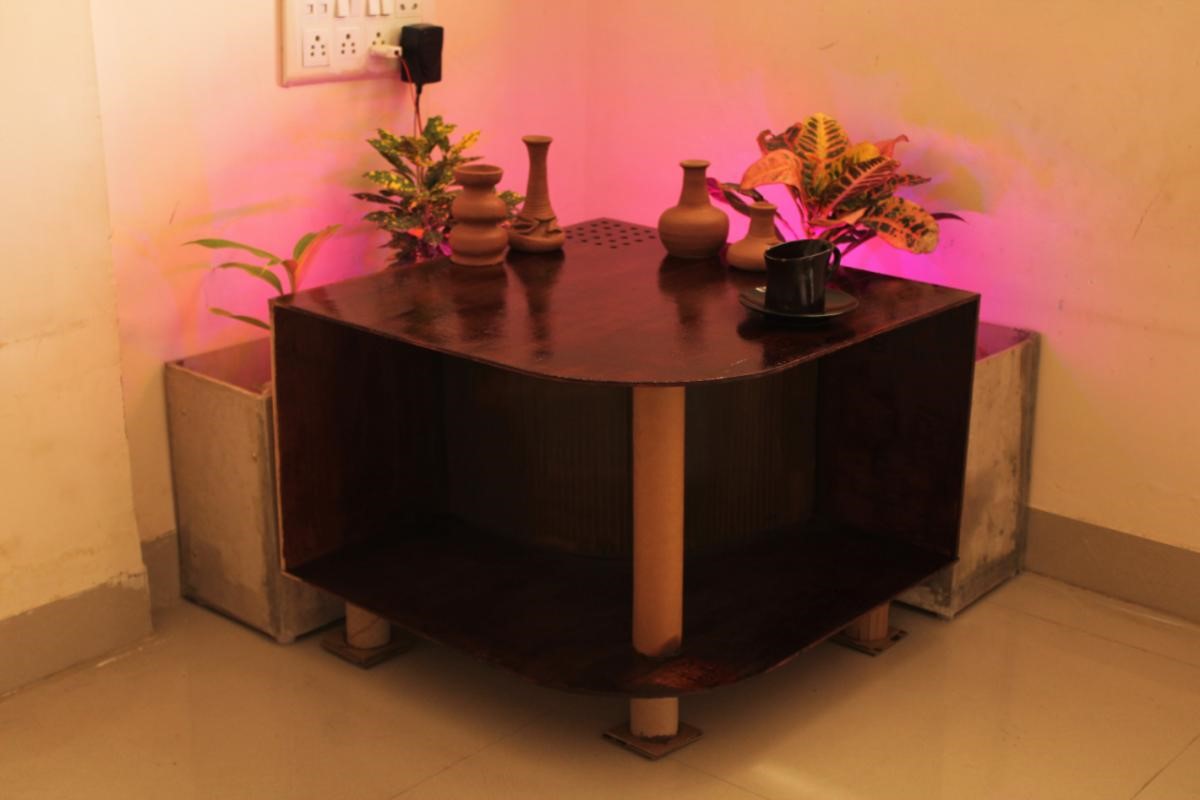 IOT based Plant Monitoring by Parth and Dev

Innovative Stool Passing and Cleaning Device by Vidhie and Drishti

Tanya and Devanshi Valia, have designed an IOT based document organizer, which protects and monitors your valuable documents with 2-way security. Prachi Bhagchandani and Abhislok Goel made a wireless air purifier, at the same time Nikita Nair and Piyush Vishwakarma, worked on an IOT based gas stove, which can be controlled in both, manual and automatic mode. Riddhi Shah and Hetvi Nakum applied the same concept on Geyser, which can be controlled using Amazon Alexa.